The Wastewater is collected through sewage systems and transported to wastewater treatment plants. Once in the facility the water will go through various processes with the purpose of removing as many impurities as possible prior to releasing the water back into a waterway, such as a lake or river. The first stage of removal is known as primary treatment. Primary treatment serves the purpose of removing any solids that will float or easily settle out from the wastewater. This greatly reduces threat of solids damaging pumps or plumbing downstream in the facility.

The first process of the primary treatment will occur at the point where wastewater enters the facility. At this point bar screens are in place with a typical spacing of 15 to 25 millimeters between each metal bar as seen in Figure 1. This screens out coarse solid wastes such as rags, paper, plastic, rubber, and vegetable matter that has made its way into the sewage system. Smaller facilities will generally clean the screens manually, while larger facilities tend to have a mechanical system in place that will manually clean the screens. Material scraped off the screens is sent to a landfill and is typically the only byproduct of wastewater treatment that is not recycled. 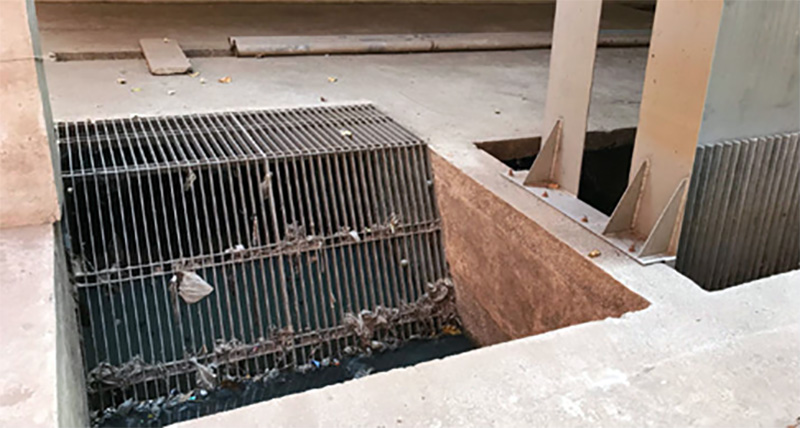 Once past the screen, the water flows into a comminutor which serves the function of grinding and shredding and debris that made it past the screens. The smaller shredded solids will more easily float or settle out of the water as it flows through the next process, grit chambers. Grit chambers are long narrow tanks that are designed to slow down flow. At the lower flow rate solids such as sand, coffee grounds, and eggshells will settle out of the water. Grit chambers are especially important in cities with combined sewer systems due to storm water transporting gravel, sand, and silt off streets during heavy rains. Grit is abrasive which makes its removal necessary due to the excess wear and tear it can cause on pump parts such as rotors and stators used by progressive cavity pumps in later processes within the treatment facility.

After passing through the grit chamber, water flows to the final stage of the primary treatment process, sedimentation tanks. Sedimentation tanks, also known as primary clarifiers, detain water for aro und two hours allowing time for gravity settling to take place. Solids gradulally sink to the bottom where mechanical scrapers move the settled solids, known as raw or primary sludge, to a hopper where it is pumped out for removal. Primary clarifies also have skimmers on the top that remove contaminants lighter than water, such as grease, that float to the top during the gavity settling. After the 2 hours, water is pumped out of the clarifier as primary effluent, which is then either further treated by secondary treatment processes, or released into waterways depending on the cities regulatory effluent limits. Primary treatment removes about 60% of total suspended solids and about 35% of biochemical oxygen demand, or BOD. Figure 2 recaptures the entirety of the primaty treatment process. 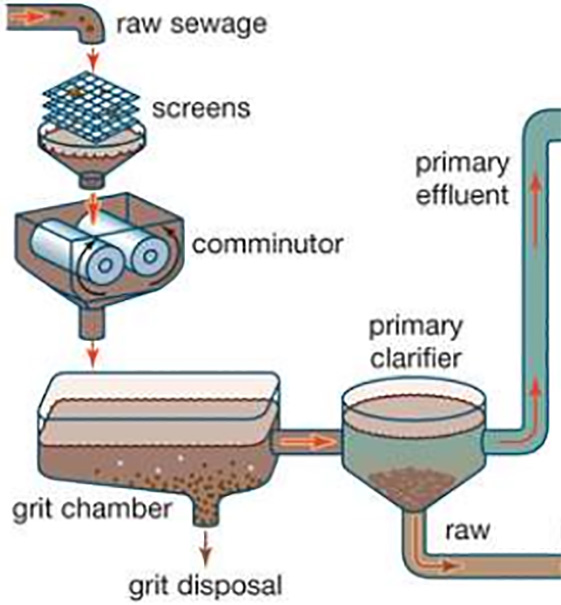 How Shanley Pump Can Help