What Is Pump Priming and Why Do We Do It?

Pump Priming is the process of removing air from a pump and suction line by filling the pump with the liquid being pumped forcing all the air, gas, or vapor contained in the passage ways to escape. Centrifugal pumps require a priming after every shutdown to avoid airlock, which occurs when the impeller is full of air; and consequently, cannot produce suction lift to bring liquid into the pump. This occurs due to water being approximately 800 times denser than air, so when the pump is primed with the pumped liquid it creates a low-pressure zone at the impeller eye. Because atmospheric pressure is greater than the created low-pressure zone, liquid is forced through the piping allowing the pump to operate as rated, but when the pump is void of liquid, meaning it is immersed in air, the pump fails to create the low-pressure zone, which causes the air to circulate within the pump as there is not enough suction lift to force the liquid upward. This is known as dry running, and if done for a prolonged period of time, will induce damage and ultimately failure to the pump. In positive displacement pumps failure to initially prime leads to a mixture of air and liquid entering the pump which could cause cavitation, a phenomenon where vapor bubbles form and expand on the suction side of the pump. Upon reaching the high-pressure discharge side of the pump, the bubbles collapse violently producing vibration and deterioration to the pumping elements. 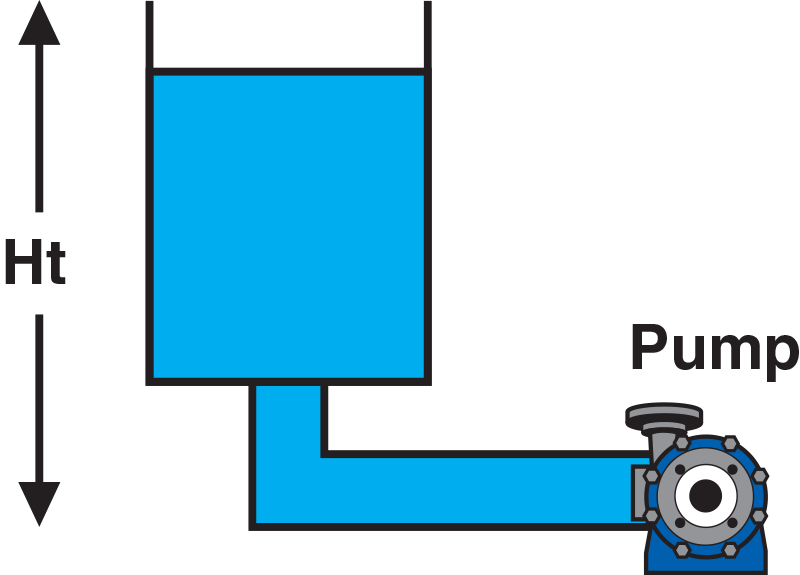 Do All Pumps Need to Be Primed?

Both centrifugal and positive displacement pumps require priming prior to their initial start-up; however, centrifugal pumps generally need to be primed before each use, while a positive displacement pump will typically remain primed after the initial installation priming. There are exceptions to this guideline; for example, if the pump resides at a lower elevation than the supply of liquid to be pumped, such as in figure 1, then gravity will propel the liquid to flow downwards toward the pump ensuring it will always be filled with liquid (known as “flooded suction condition”). Submerged pumps are another flooded suction condition which makes priming nonessential. Lastly self-priming pumps, such as several of our GemmeCotti pumps, are designed with the ability to prime themselves automatically when operating under a suction lift. Self-priming pumps will still need to be primed before their initial run and between extended periods of inaction.

How to Prime a Pump

We recommend manual priming as the simplest way to prime a pump for operation. Manual priming is achieved by directly pouring the pumped liquid into the pump’s suction while the air vent valve is open; once liquid begins escaping from the air vent valve, all valves can be closed and the pump is ready for operation. In some situations, the pump can be located in an area that is difficult to access, which makes a manual prime problematic. In these situations, a second device such as an ejector, can also be used to flood the suction. An ejector operates by creating a vacuum inside the suction line of the pump that pulls the liquid upward through the suction piping to the pump elevation. This is demonstrated in figure 2. Other solutions include installing a foot valve on the suction side of the pump, as seen in figure 3. When the pump is turned off, the valve is closed and this prevents gravity from pulling the liquid back downward through the suction pipe to its original revisor. Shanley Pump has experts on standby waiting to help with any pump questions you may have on priming your pump. Use the form below or call us at 847-439-9200. 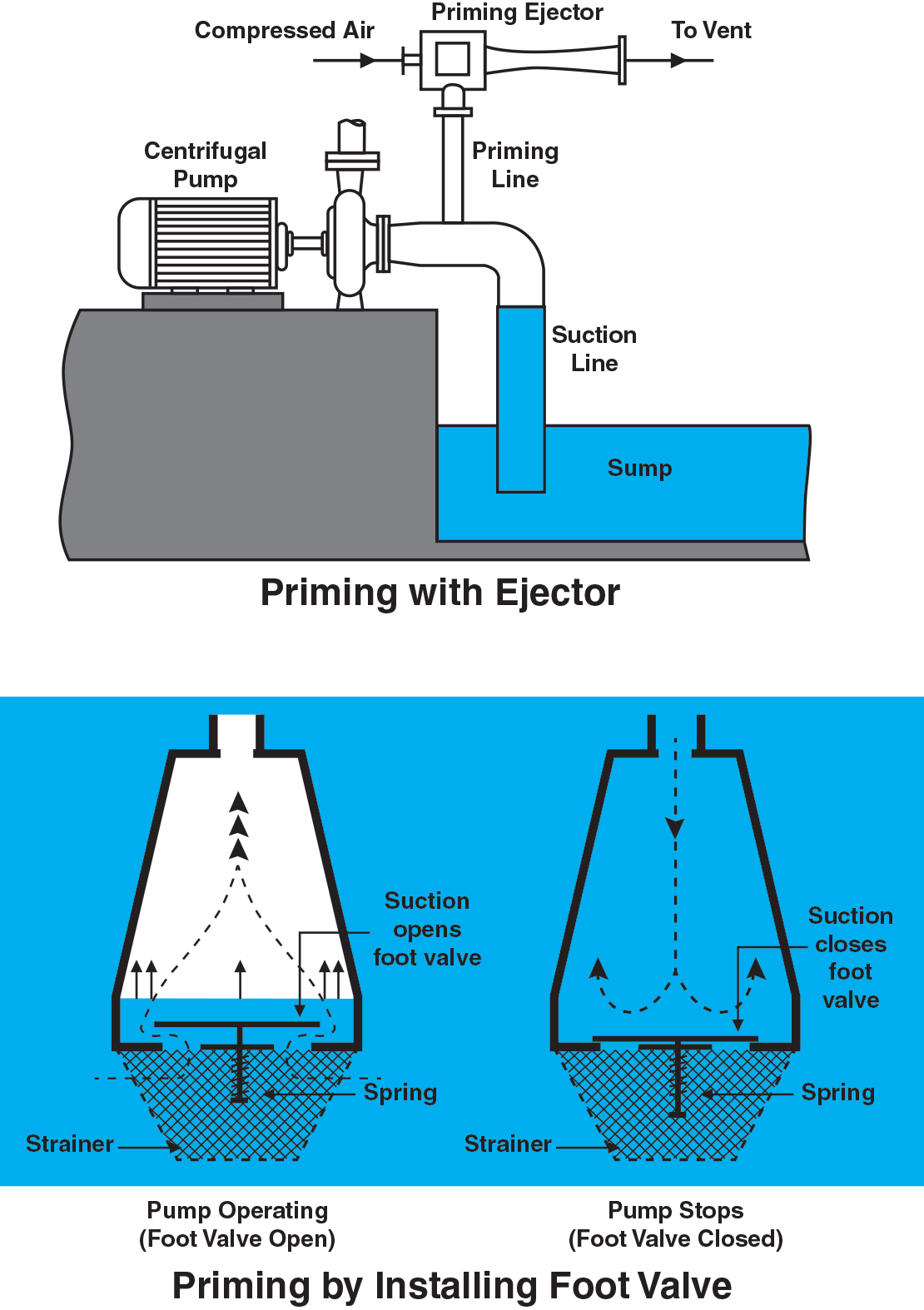